“You are a goddess living in a city of angels.”

We passed by the courier-sans painted declaration of love and self-love on the walk to The Broad, LA’s contemporary art museum. On the way, we were stopped by an angry protest in the streets. They marched in circles, shouting loud, the police surrounded. After a few attempts to go around the demonstration, we finally climbed up several warm blocks to The Broad. 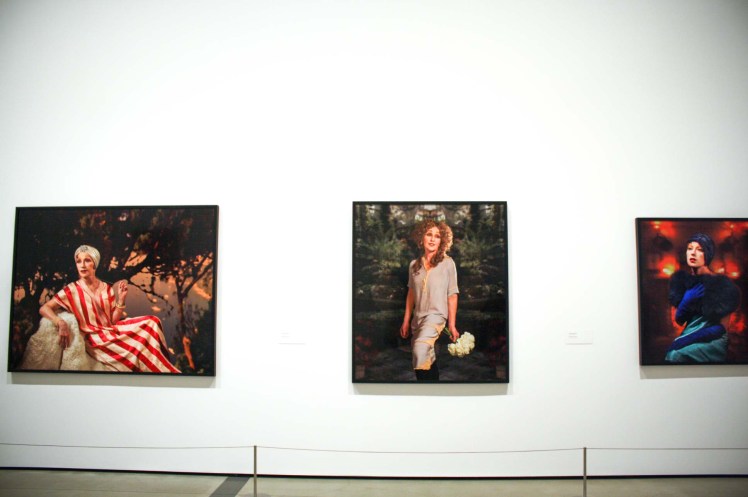 We took the three story high escalator to the massive airy room, which housed millions of dollars worth of contemporary art. Several sections were partitioned off, so we zig zagged through the exhibits.

At first, all I saw were scribbles. Blobs. Meaningless abstract figures. And, truth be told, I’d never been a huge fan of contemporary. It always seemed like a whole lot of nothing imbued with something. But the art began to morph into more complicated, familiar pieces. Roy Lichtenstein. Andy Warhol. Jeff Koons. Cindy Sherman. Kruger. 2D images, pixelated and printed, danced to life.

Here I was, seeing the works of so many artists I’d researched, written about, drawn inspiration from.

Near the end of the museum, we found ourselves in a video exhibit. In a mid-size room, there were at least 10 projections on the walls. On each projection was a musician, cradling a different instrument.

Each musician contributed to rising the symphony, each absorbed in his own world, his own space, while creating one with others. The music ebbed and flowed.

2 thoughts on “The Broad Museum”