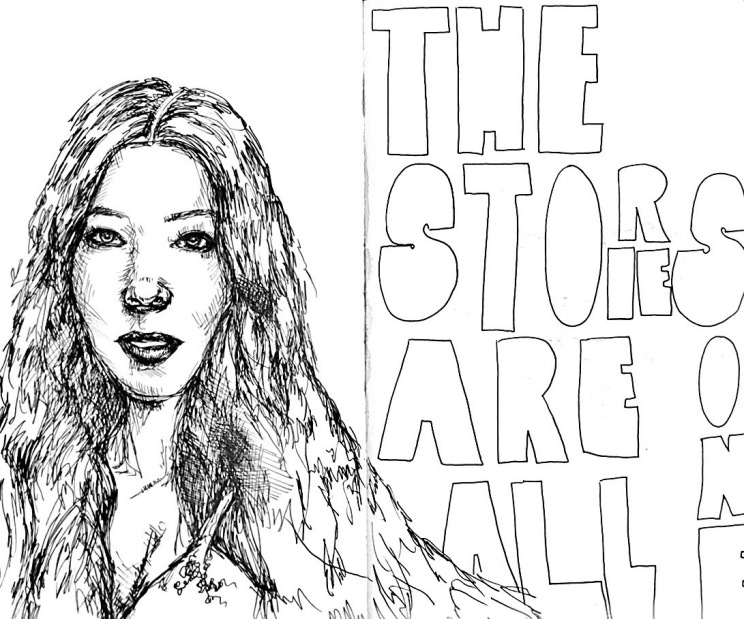 We lived on the third floor. Outside, people hung their laundry. I’d peer at their linen waving in the wind, yellowed boxers, bras and shirts. Don’t air your dirty laundry. At night, I would hear cats squealing, cars honking. I’d wake up, startled, then fall back asleep.

During the daytime, I lounged around, bored. I flipped through magazines, peered at wide-eyed mixed models. Brushed against characters that I couldn’t read. Scrolled through Tumblr. Blogged. I cut my hair so short that I could barely tuck it behind my ears. NBA blared in the evening. We cheered for Steph Curry.

This was five years ago: I had a green-eyed dream. It involved a parking lot. An orange dress. I washed it so often it shrunk from a too-short dress to a too-long shirt.

On the plane to China I thought of the book The Five People You Meet In Heaven. It was haunting. And the stories were all one. Because it was nighttime where we were headed, the plane had dimmed. Everything was cast blue. People snored away. But I found it notoriously difficult to nap. So I stayed up around 17 hours, delirious with exhaustion. I watched lots of movies on the plane, but I forget which.

One thought on “Motherland”